Tropical Storm Sonamu trajectory projection from JTWC shows that Sonamu might not landed in Peninsular Malaysia on 8 & 9 January 2013. The speed is getting slower and intensity might be reducing. Projection from JMA and JTWC show that Sonamu might move further south later. However, the East Coast of Peninsular Malaysia might be affected by the tropical storm as it is close to its boundary. The Radius of this Sonamu is predicted to be 300km on 8 January 2013.

Threat to Malaysia : These conditions may cause strong winds and rough seas over waters off South China Sea. 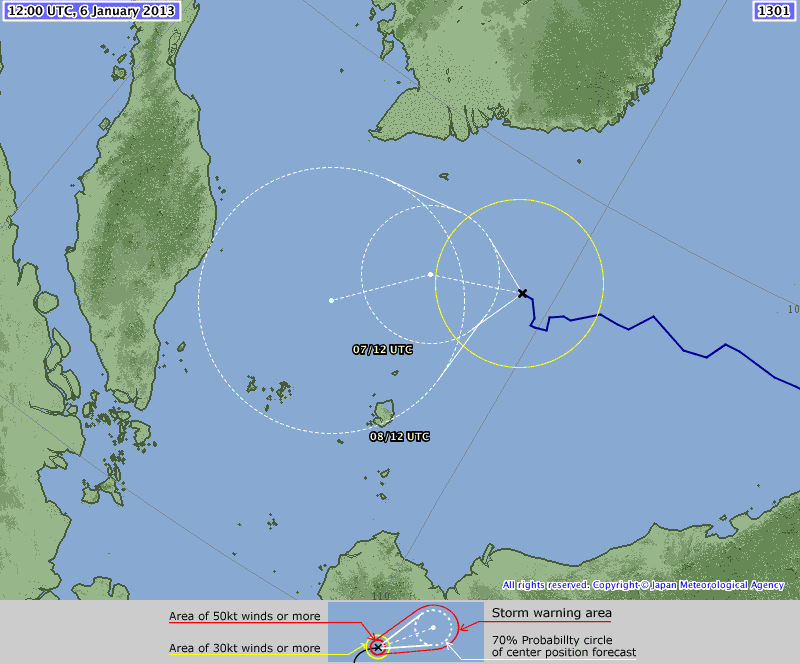